The two styles were parallel for some time and there are even ‘bilingual’ examples of vases with both styles but the red-figure, with its advantage of the brush over the graver, could attempt to more realistically portray the human figure and eventually it became the favoured style of Greek pottery decoration. 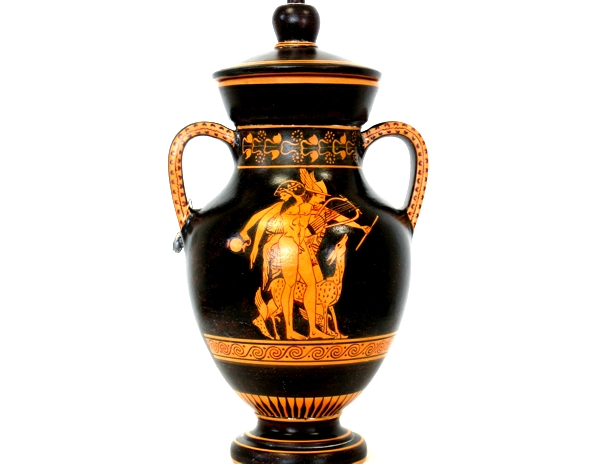 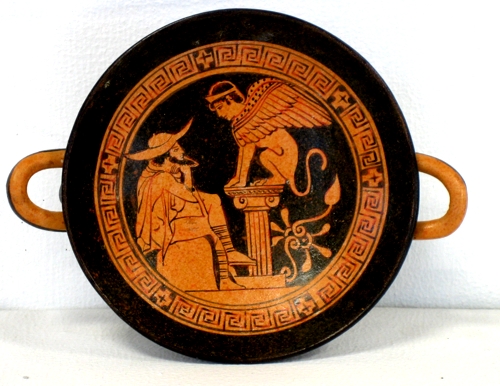 The decoration was first outlined in black, leaving the design in the lighter reddish colour of the undecorated vase.

Details were then added with a fine brush applying black or diluted black, which appeared as brown after the refining.

Perhaps influenced by contemporary wall painting techniques, anatomical detail, diverse facial expressions, greater detail in clothing (especially of folds, following the new fashion of the lighter chiton dress which also fascinated contemporary sculptors), greater attempts at portraying perspective, the overlapping of figures, and the depiction of everyday life such as education and sporting scenes are all characteristic of this style. 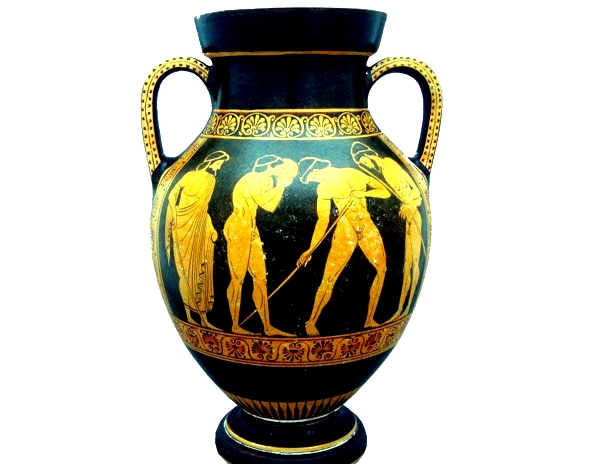 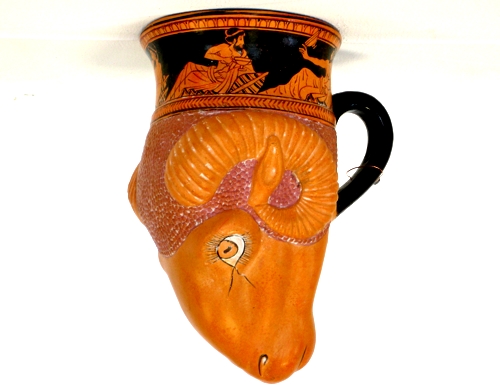 The shapes of red-figure vessels are generally those of the black-figure style. An exception is the kylix which becomes shallower and with a shorter foot, almost becoming a third handle. In addition the painted narrative is to be read by turning the cup in the hand.

Other minor modifications are the hydria, which becomes a little fuller in figure and the slimmer neck-amphora. Lekythoi of this period commonly had a white background as did (more rarely) cups and boxes.